Well i ordered my Ambilobe from Chamsalot chameleons. They were great with service. Received him today while i was at work. since i work full time, i had to make sure my mom would be at the house to get him in his age. Once i got home i sprayed and turned the dripper on and he started to drink no more than a minute later. He looks pretty healthy. 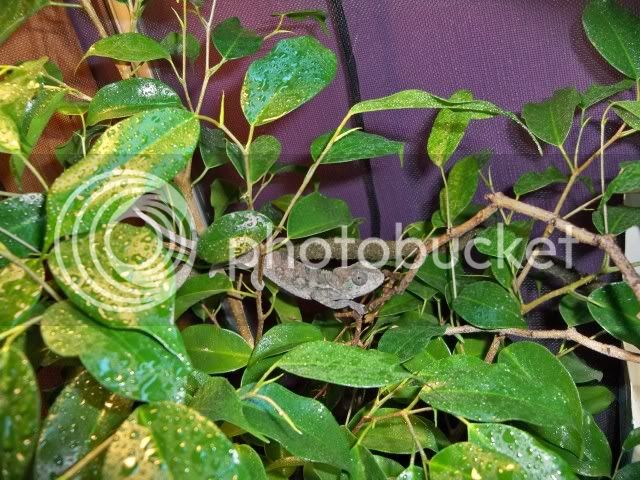 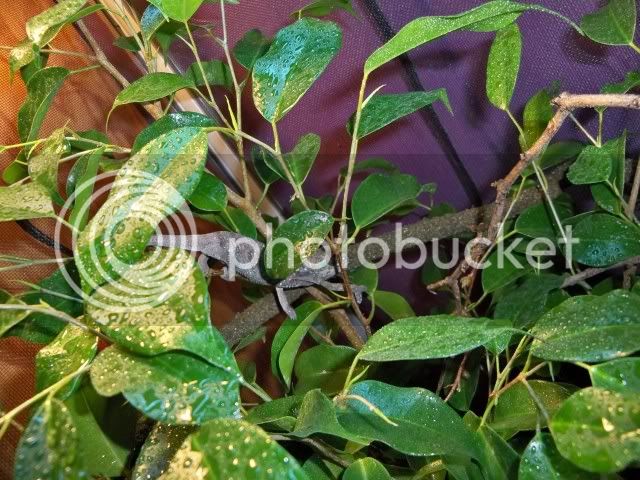 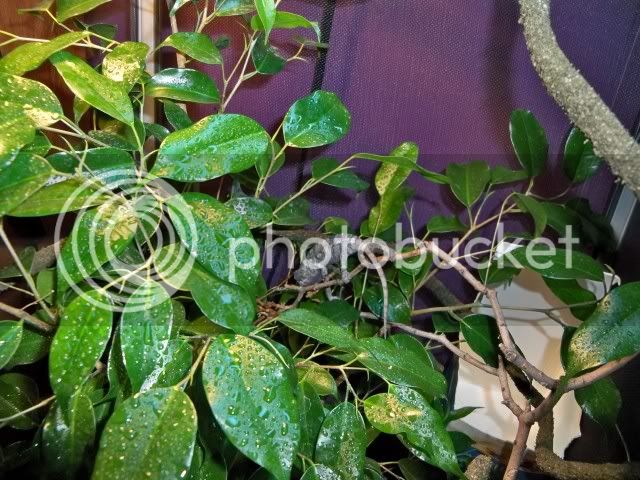 I also got my shipment in of crickets.. all i can say is i ordered 500. atleast half were dead and i dont think their were 500 in there.

As you can see in one of my pictures, i tried to set up a feeder like i've seen other pictures of. I guess what i used has just enough traction for the crickets to climb up. I tried hand feeding him but he is not interested right now. i figure he has had a stressful ride from Florida so i'll let him be and try later.

I'll post up pictures every month or so, so you can see his progress!

Congrats on your first chameleon!! He looks very healthy! Your cage looks nice too. The only thing I would suggest is maybe a few more climbing obstacles near the top. Besides that its very well furnished. As for the crickets. I would just toss them in the cage. He will find them, trust me. There is not much cooler than watching a cham chase down food all over the cage

He is actually my 2nd. My first was i shouldn't of had.. But i am MUCH more prepared and educated with this one. The other was when i was 13?? i am 20 now and understand the needs better

Happy Chameleon Day!! Getting your first chameleon is just the best. Forget the tv, the only thing you will have time to watch is that little guy.

Sticktongue said:
He is actually my 2nd. My first was i shouldn't of had.. But i am MUCH more prepared and educated with this one. The other was when i was 13?? i am 20 now and understand the needs better
Click to expand...

Great!! Sounds like you have a much better experience with this one. What locale?

Edit: Duh!!! Ambi. Good choice. That is my favorite locale.

Congrats on your new little fellow! Welcome to the forums!
You must log in or register to reply here.

How old is Rango??