...well, maybe not quite on the open range...
Little Miss Beatrix (veiled) has this room to herself. Accoutrements include real Ficus, Schefflera and Pothos, fake Ficus (which came with the house when we moved in last August) and two bendy vines. A laying bin is present, but below the field of view in this picture. Light is a mercury vapour providing both UV-B and heat. Window faces west, and she likes to sit in the sun of an evening (albeit the glass blocks the beneficial UV); in the Warmer Months, we can open the window for her. 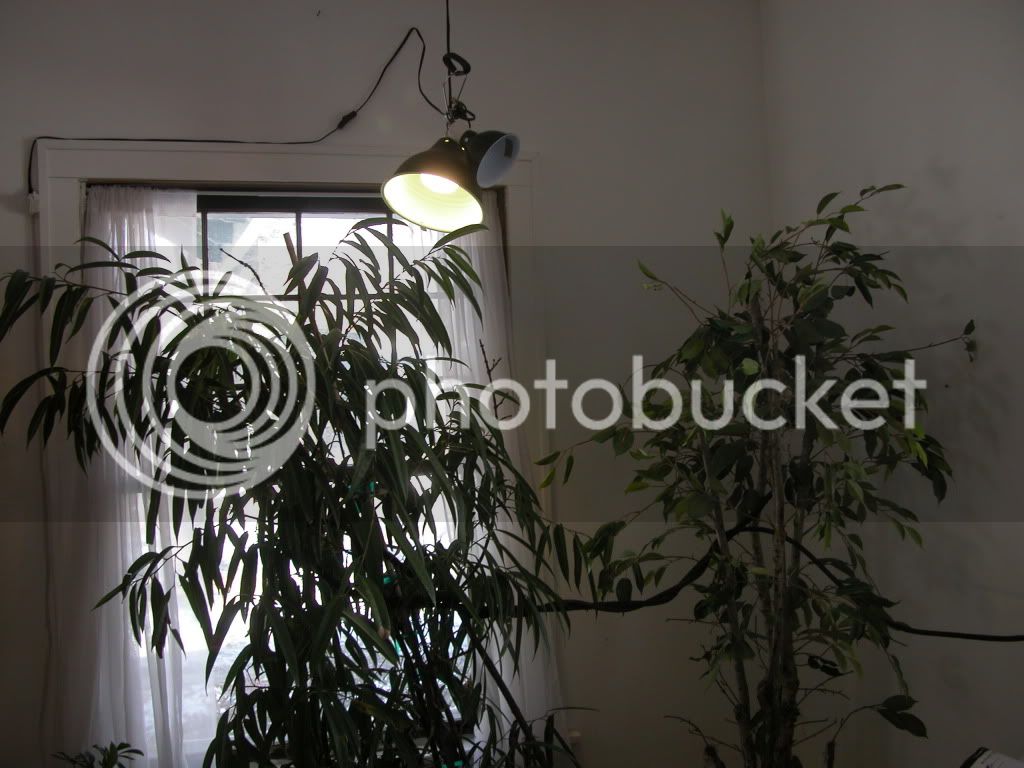 McGinty (panther) gets the Chameleon Condo and: ivy (he leaves it alone), two Pothos, orhid, Schefflera, two bendy vines. South facing window gets sun most of the day. Condo has a mercury vapour light and drip system. 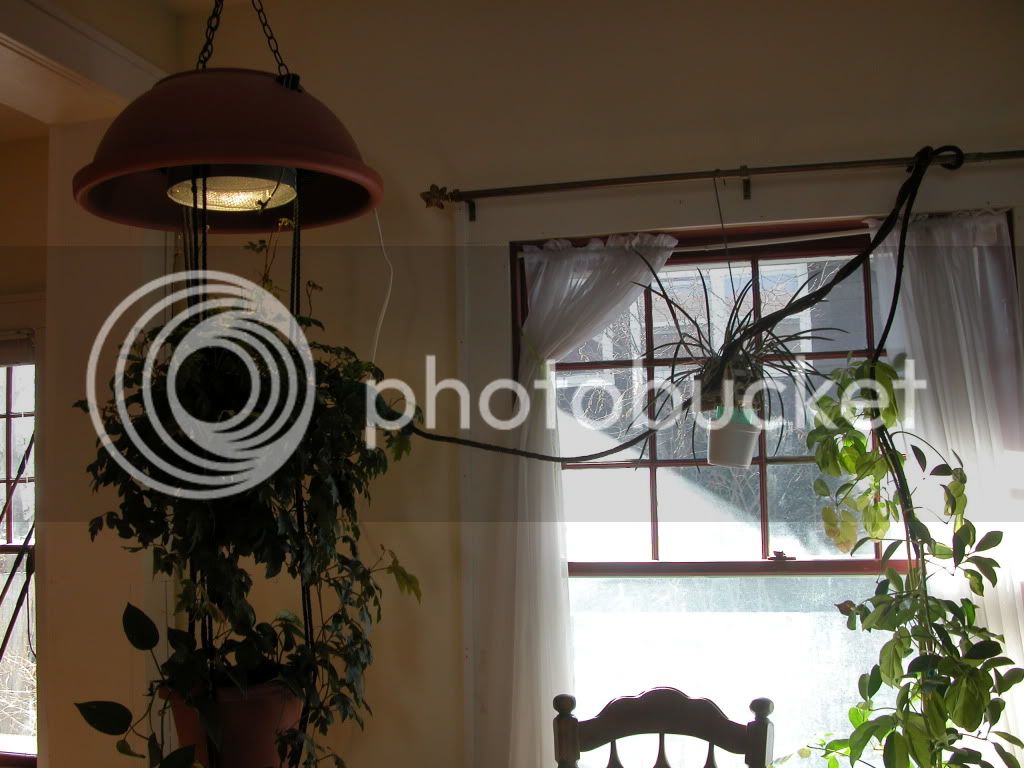 Both chameleons are misted for about 5 minutes/16 fluid ounces each morning, with a towel spread on the floor and used to wipe up excess water. Bea sometimes shows interest in the misting and sometimes doesn't; she will drink pretty readily from an eyedropper and is watered that way as well. McGinty gets incredibly excited by his misting every day, and spends about half an hour lapping up water afterwards. During that time, you can't distract him with anything else, like food. McGinty has a hanging cup for his bugs, which he rarely pays attention to, preferring hand-feeding. Bea is cup fed, and grows excited as soon as she sees the cup.
Bea's room has glass paned doors, and is shut when nobody's home, as she is periodically liable to make a bid for McGinty's stuff, and she can chase him away if she wishes.
M

Very nicely done. I'm so lazy, I start a project and never finish...lol. I currently have one pothos hanging and was supposed to get a ficus, but I'm a home body.
M

nice to know there are other Nebraskans roaming these forums!!! Looks like a nice set up.

Your sets ups look great Heather! McG and Bea are quite the lucky chams.

Heather is looks like you are setting things up great for your guys. You can educate Nebraska in lots of different things.

I also love the setup.

yet I do advise instead of paper towels or cloth towels, how about you try some shamwow towels...Laurie turned me on to them and they work great.

Quite nice setups that I know those kids love!

looks like a cham playground to me. great job!!

What great way to keep your chameleons.

I so wish I had that kind of set up for my Veiled "Freddy". She has to suffer with a 4ft tall open air that is 2 feet wide and 2 feet long. She seems to be doing well, I just wish I had the spare "room" to give her something more! (maybe when all my kids are outgrown I can use the spare rooms! LOL)
You must log in or register to reply here.

Stuck Shed on Tip of Tail