Any idea what the scientific name is for these?

I have a small species of worm and beetle that magically appeared in one of my superworm cultures. Not sure what the heck they are, but they are well accepted by some small chameleon species and by neonates. They look and act like superworms, but are micro.

Behaviorally, they move very fast. They are always active, and seem to really like fruits and vegetables, especially sweet ones. They ignore lettuce, but voraciously attack apples. I feed them an apple every three or four days by stabbing a few holes into one side with a knife, and then push the apple part way down into the grain. They completely eat the meat of the fruit, but leave the skin, seeds, etc. I remove the hollow apple and replace it with a new one after a few days. They live in a bin of mixed grains, and always have some sort of fruit or vegetable available. They are extremely prolific. They can’t climb smooth vertical walls, but they climb pretty much anything else. They burrow when disturbed, but are often on the surface of the grain. 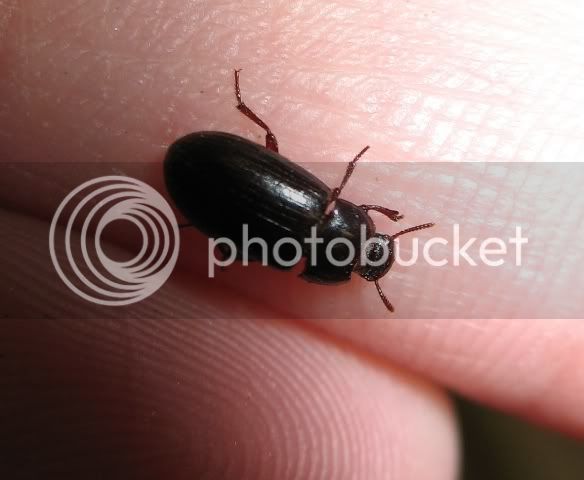 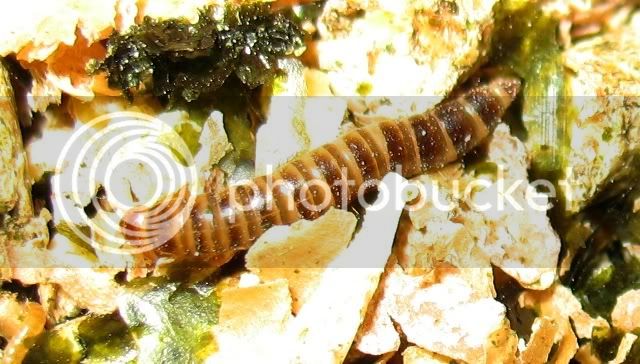 they are baby superworms The beetle actually looks more like a mealworm beetle just from the size (on your finger). Superworm beetles are much larger and have matte black exoskeleton whereas the mealies are more brown and have a slight gloss - plus they are easuly 1/3 the size. The nymph larvae are more or less translucent when REALLY tiny but at about 1/-1/4" they take on the darker colored segments (unlike mealworms). If you have any smaller lizards offer them to them. I have a pair of side-blotched lizards and finally decided to rear supers so I would have a variety of sizes for everyone. I find supers at ANY stage LOVE apples. The Adults certainly do - I put in a selection of stuff for them but they demolish apples.

The adults of both meal and superworms release an defensive (offensive!) chemical and I had Cyrus shoot one when he was younger (a super adult) and he spit it back out at me. I think this is why he won;t eat roaches - he makes the beetle-look-alike connection!! The mealie beetles are not as bad but no one eats them so I just put them n a neighbor's garden

Do some google image searches and you'll see what you have

Yeah, I have tried a google image search, and came up with a ton of possibilities. The beetles with these are a quarter of an inch long, and the worms don't get longer than a half an inch. I know that they aren't flour beetles, because I have had those. No clue? They definately aren't superworms, though. I have had this culture for about 6 months now. They pupate after a while into the tiny beetles. Cool little bugs, and I love my culture.. the elliots really like them, and so do my neonates.

Oh, I have some pictures for you, lele. We have an infestation of pandora moths in this area right now, and I keep meaning to send some pics over to you. They are eating the pine trees bare.. and even worse, the chameleons won't eat the giant moths. Apparently, they taste icky. Lots tasted, and all spit them out.

So I now have a batch of those little guys too . They aren't baby supers since I've raised those before. I got them from a chameleon friend who feeds them to her neonates. She didn't know what they were either, just that they multiply quickly . So I'll see how my colony does even though the last of my baby Jackson's will be picked-up on Thursday .

I also have these in my superworm culture. I wasn't sure what they were either, but I know that they are just the right size for my leopard geckos and smaller chams, so I feed them off just the same. They move a lot faster than superworms or mealworms do. I hope that they are not toxic, but I have been feeding them off for months now and have seen no ill affects.

Are they possibly Tenebrio obscurus, commonly known as mini-mealworms?
http://en.wikipedia.org/wiki/Mini_mealworms 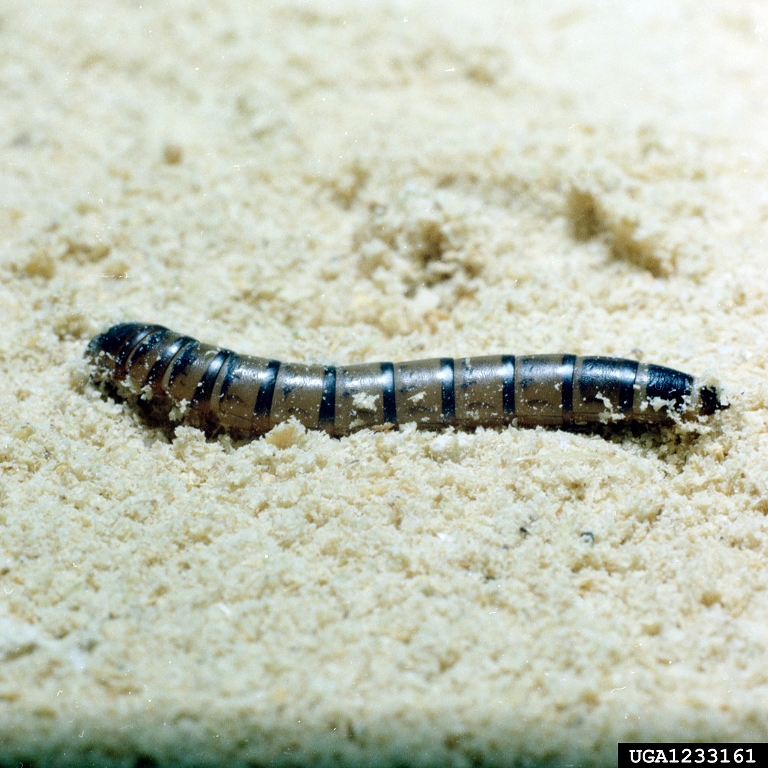 Sorry, guys, I forgot about this thread. I contacted a bug guy at one of the Universities and asked him. The scientific name for them is Alphitobius, but which one he wasn't sure. They are fantastic little feeders though! Easy to keep and extremely reproductive. Mine don't fly.. does anyone else's? I have read that some of the beetles in this order do, mainly the ones that infest chicken houses.

My beetles fly. They don't like to fly too long though. They seem to be kind of lazy like dubia.

sorry dont know.. very NICE pics!! what kind of camera u got??


Thanks. It is a Canon PowerShot A630. Fairly inexpensive digital camera.. it is a 8.0 mega pixel, and I am still learning to use it.
B

Hmmm Should I try this alphitobius with my young (4 months) Brev?...
Can I also feed the "bug" or just the worm?

can you post your method of rearing this food type... I had a meal worm culture going and somehow got a lot of moisture in it and went south really quick and was molded really badly... thanks...

good thread
Thanks Tygerr for that info

I'v had these little invasive guys come in with my cricket shipments if I remember correctly.
They then jumped over into the roach containers once the adults could make the flight.

Hummm...
They would make a nice feeder insect for those baby chams wouldn't they?

maybe, I'll see how attractive they are to those young ones I have.
"lookie kids I've got another mini feeder insect for you!"
If they're deemed yummy -I'll start culturing them.
Last edited: Oct 2, 2007
You must log in or register to reply here.