Staff member
So last year I decided I really wanted axolotls but the high Texas temperatures were not conducive to keeping them since their water has to stay below 72 degrees (impossible when it's 110 outside). Now that I live in Colorado I can actually maintain those temps so I got me an adorable little pair of lotls!! They're sisters and about 5 months old and of the leucistic color morph. 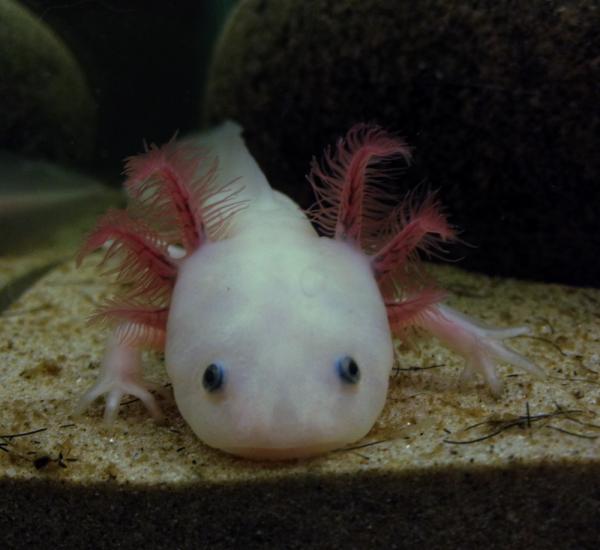 For those who have never heard of an axolotl: they're a type of purely aquatic salamander that never morphs into the adult stage unless they're under extreme environmental stress. They can breed in their larval stage so they always keep their super cute fluffy gills. The only place they are found in the wild in a few lakes around Mexico City where they are actually endangered due to the degree of pollution in their native lakes. But they're prolific in captivity! They're used a lot in research because they can completely regenerate lost limbs back to perfect form. They come in a variety of colors and eat worms (earthworms, blackworms, bloodworms). Also, they're adorable!! 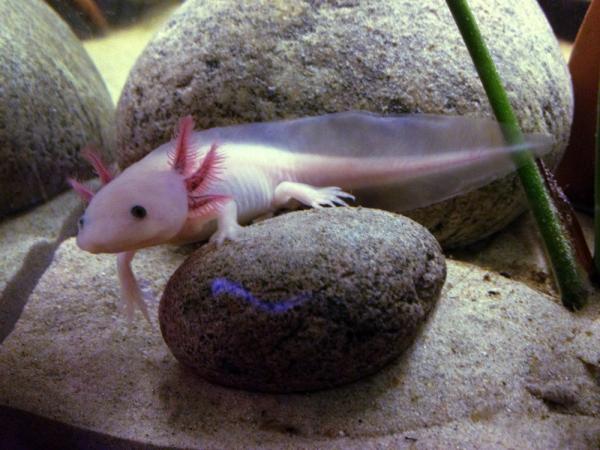 Btw, if one of these ever accidentally gets out of water they become little supersonic slippery torpedos just jettisoning everywhere until you can grab them!
Last edited by a moderator: Nov 16, 2015

Aww there so awesome I love your 2 little girls ....... One day I will get me some .
view our sponsors

They are adorable. No wonder you wanted one and now you have two. Congrats!

Staff member
Thanks! Right now they're exploring their new tank. They're so much fun to watch! When I'm not in the cham room staring at them.

Awwww! Fantastic! I have always found these quite fascinating - they look like underwater geckos! That color morph look even more cute with their red fluffy gills! How adorable!

Wowee! I am in awe, I've never seen or heard of them before! They look like little mythical creatures! like fishy, crawly little merpeople with magical wings!

Congrats! They are so sweet

They are gorgeous! When I was little I had a book that said they metamorphose if they are fed bovine thyroid. Never saw it mentioned anywhere else. Is that true? Do all salamanders start out as axolotls?

Little girls you have there.... Congrats!

Those a really different. I will admit to knowing nothing about them. I had seen pictures but did not realize they live in the water. They look like tons of fun to watch. Congrats and post picts for the rest of us.

Staff member
Omg these are adorable! Today they both took a worm from my hand after they swam up to investigate what my hand was doing in their tank. They're so stinkin cute!!

lol I hand-feed mine too. Toothless always rushes up to my hand to get food and usually gets my finger (doesn't hurt) instead. Today I offered him a worm and he got a plant instead then he refused to let go of it!