and she is prego so it will only get bigger... this is a real german giant

That is BIG Beardie! Where are the pictures?

here is her from a few months ago. she has gotten a bit bigger now

and a more recent photo. she truly is a huge mama

OK-you prompted me to weigh my beardies! 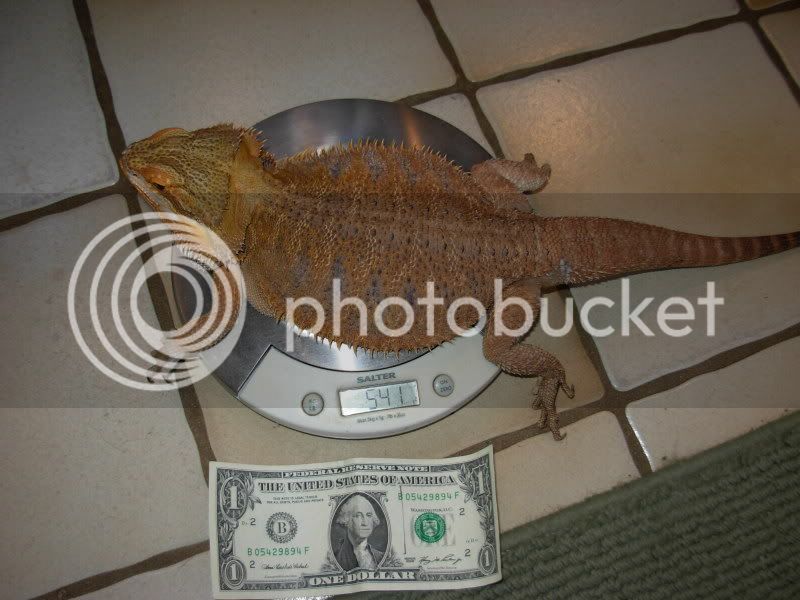 Gus-Gus was a rescue and was raised for his first year of life with no UVB. He is the worst eater in the history of Beardie history! Imagine how big he would be if he ate! 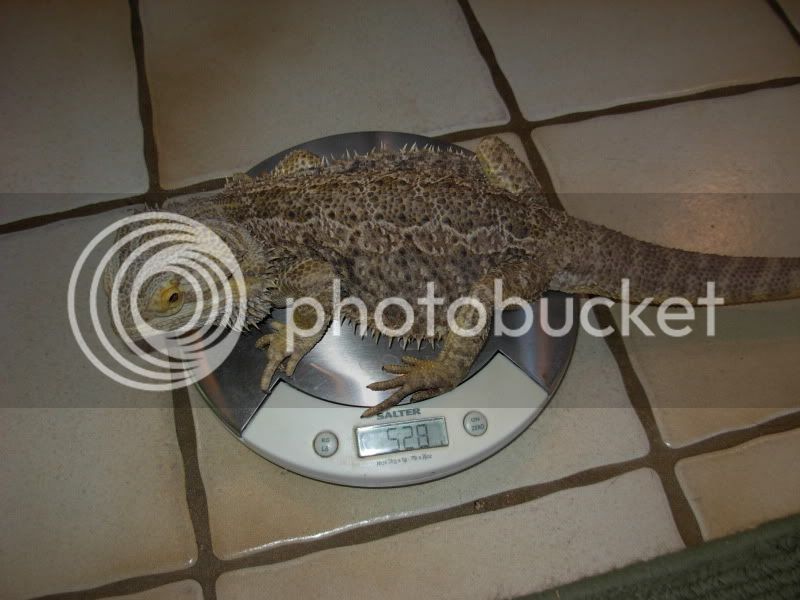 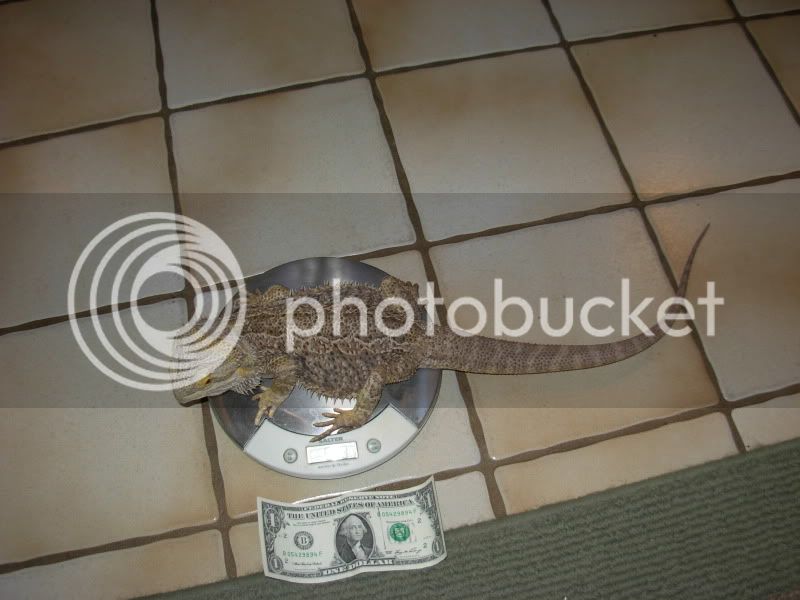 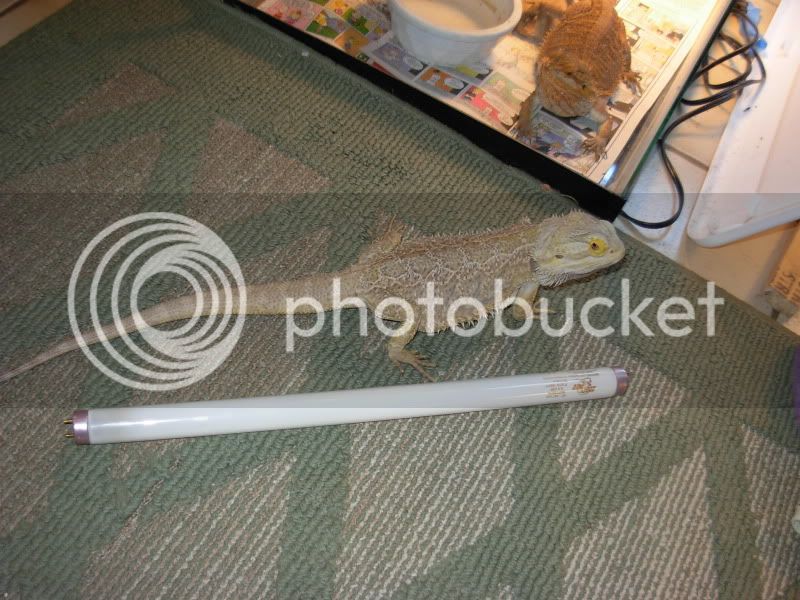 My first dragon was bought at a show, a tiny baby. He grew, and grew and grew. I had no idea at the time what a German giant, was or what size my beardie should be. I kept telling my sister in Missouri how big he was. She had kept beardies for years and kept saying I needed to quit exaggerating. She was amazed when she flew to calif and saw him. LLL hooked me up with someone who bred giants and he happily went off to be a stud. He wanted so much to be friends with my ladies but damn - there was no way. I loved max to pieces and kept him for 2 years before I could finally give him up so he could be with his own kind. I just checked my charts max weighted 9 grams when I bought him, he weighted 1113 when I sold him 2 years later. That is a true German giant. He was also gentle and sweet with me always.

Wow Laurie! Any pics of that beast? Gus and Lucy are not German giants.

Come on Julie, do you think I know his weight and don't have pictures??? I may have to go to the old computer to get them. Let me ask hubby tonight. Do you want them pm'd or on a new thread? I guess I can even put them on this one if you want.
Last edited: May 2, 2011

Put them here of course!
You must log in or register to reply here.

im trying to convince my mom...

Bearded Dragons who need a new home one with MBD