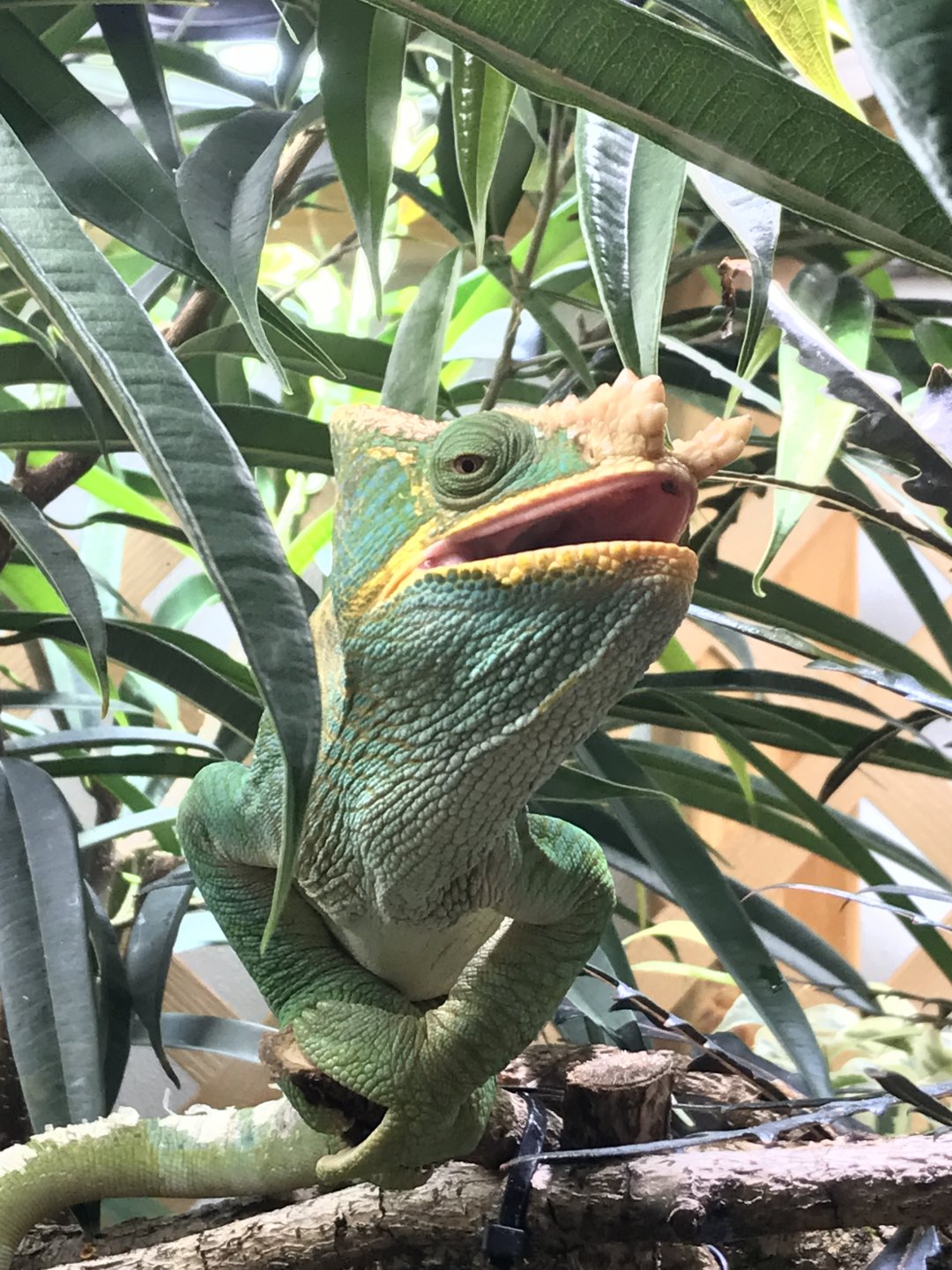 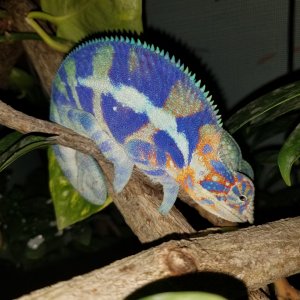 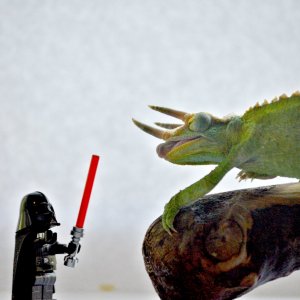 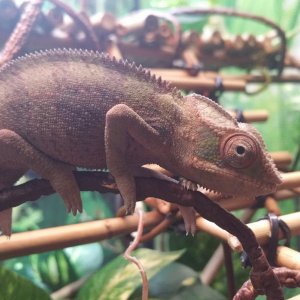 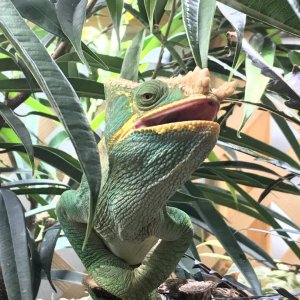 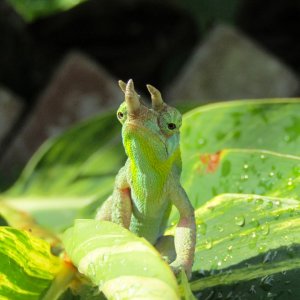 Heyyyy there good lookin’, have got sumptin’ to tell you!

Make yellow lip, smiling for the camera.
Click to expand...
Reactions: Brad, CharlieCharmingo, Lostzen71 and 5 others
Handsome little man! What’s that spot on the roof of his mouth?
Just residue from his last roach, he just finished swallowing.
@Extensionofgreen That’s good to know. Parsons tend to have allot of mouth problems and just checking to make sure he was ok.
Mouth infection seem to plague larger chameleons, especially. Certainly, they consume mantises, locusts, plasmids, katydids, and other insects with spiny, sharp, chitinous, exoskeletons in nature, so why the infections in captivity. Theoretically, our feeders, from being kept in colonies, carry more bacteria, but similarly, human mouths are full of harmful bacteria and we don’t hear of people dying en mass, from a bitten tongue. Something about captive life or a combination of captive factors ( reduced access to natural sunlight, bacteria concentrations in our feeders, stress, inadequate/improper supplementation inaccess to key nutrients). I’ve never had a captive bred animal or a long term captive develop mouth infections, so I don’t have any way to explain why mouth issues seem to be so prevalent in captive chameleons. Other than proper general care and nutrition ( to the best of our knowledge ), I don’t make any special efforts, such as removing the legs on feeders or avoiding certain feeders, so perhaps it’s luck. I am very observant, as I’m sure you are, so I’d hopefully catch anything that arises in time.

Flash
Auto, did not fire