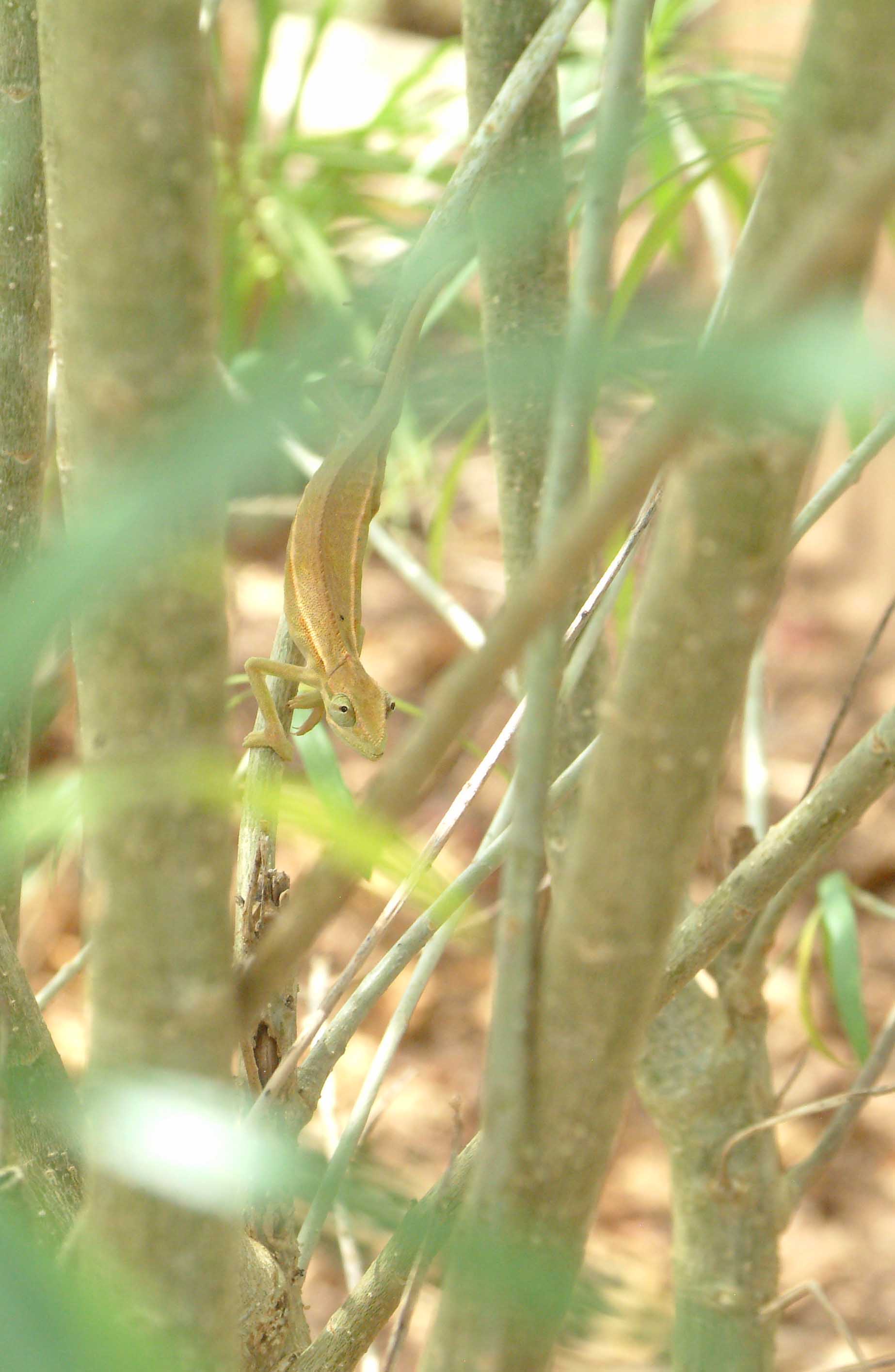 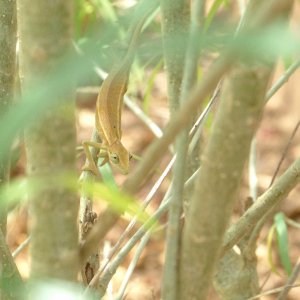 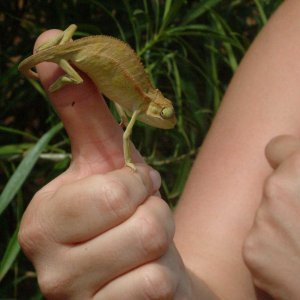 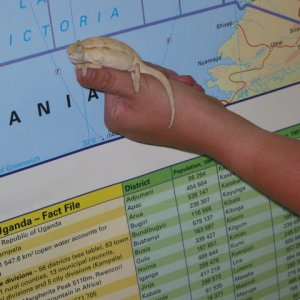 C. bitaeniatus found commonly on people's farms. This chameleon and a few others were found crawling on a cassava bush growing in someoen's yard.
Click to expand...

A bit more about these guys. They might not be too flashy but they're surprisingly calm with people. This little guy crawled right onto my finger with no proding. Didn't flash any fear colors or even lift his forearm despite never having been handled before. He did keep one eye on me the entire time but the other was dashing about like normal. I did find a few that were more agressive (I had one we named the Chameleon from Hell that would actually attack people but he promptly was returned to the bush he was found on) but mostly C. bitaeniatus seem pretty relaxed, at least when there weren't any chickens about. Tons of local lore on them. Most Ugandas are terrified of chameleons and consider them quite ugly. It's commonly believed that they're poisonous and that the tongue can rip off your flesh so that you have to "cut it out." It's pretty easy to get people to change their minds though if you've got a ready source of flies, not something too hard to come by when everyone has farm animals living in their compounds. I actually had to rescue one of mine from a friend who'd taken it off my window and was planning on tying it to her cow. Insanely ravenous little guys. I only had one that ever turned down food and that was after we'd been using it to keep the flies off a friend's open wound while she let it dry out in the sun. We watched it eat over 50 good sized flies in an hour.